Jak marie July 28, 2021 ECONOMY, OTHERS, TECHNOLOGY, TOP NEWS, WORLDWIDE Comments Off on Blinken meets a representative of the Dalai Lama in India 209 Views

NEW DELHI, July 28 (Reuters) – U.S. Secretary of State Antony Blinken met a representative of the Dalai Lama in New Delhi on Wednesday, a move that is likely to anger Beijing which considers the Tibetan spiritual leader a dangerous separatist.

Blinken met briefly with Ngodup Dongcheng, who presented him with a scarf from the Dalai Lama, a senior State Department official said. Dongcheng serves as a representative of the Central Tibetan Administration (CTA), also known as the Tibetan government in exile.

“The Dalai Lama obviously is a globally revered spiritual leader and so the gesture was gratefully received and appreciated,” said the official, who briefed reporters on condition of anonymity.

The meeting was one of the most conspicuous contacts between U.S. and Tibetan officials since President Barack Obama met the Dalai Lama in Washington in 2016.

China’s foreign ministry did not immediately respond to a request for comment. Chinese troops seized Tibet in 1950 in what Beijing calls a “peaceful liberation”. In 1959, the Dalai Lama fled into exile in India following a failed uprising against Chinese rule.

The CTA and Tibetan advocacy groups have received a boost in international support in recent months amid rising criticism of China’s human rights record, particularly from the United States. In November, Lobsang Sangay, the former head of the Tibetan government in exile, visited the White House, the first such visit in six decades.

A month later, the U.S. Congress passed the Tibet Policy and Support Act, which calls for the right of Tibetans to choose the successor to the Dalai Lama, and the establishment of a U.S. consulate in the Tibetan capital Lhasa. 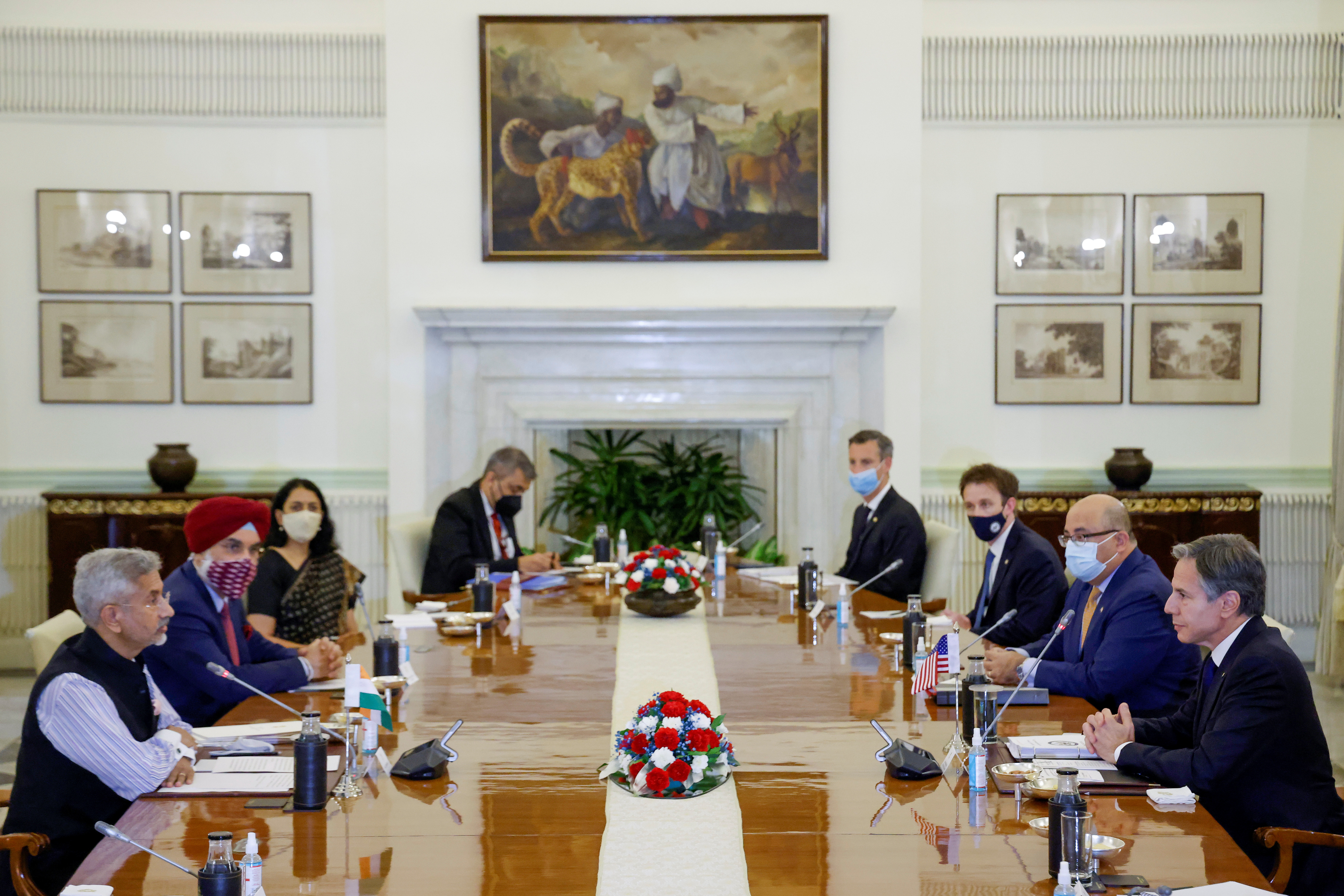 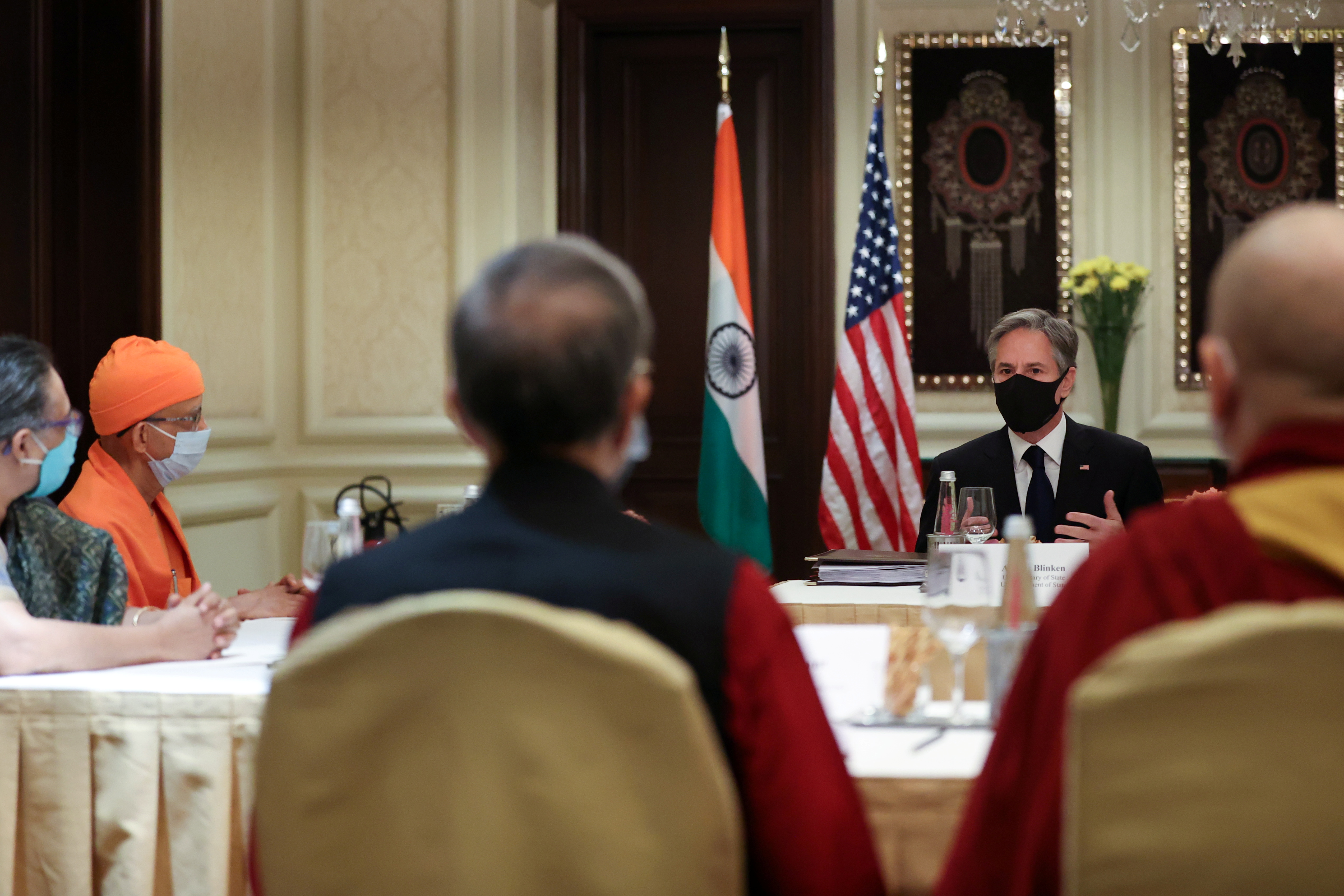 The two sides also discussed supplies of COVID-19 vaccines and the human rights records of both countries, the ministers told a joint news conference, as well as the Quad alliance, a security group that also includes Australia and Japan and has also angered China.

Asked about China taking umbrage at Indo-pacific security cooperation and the Quad, Jaishankar told the news conference: “For groups of countries to work together is not strange…. People need to get over the idea that somehow other countries doing things is directed against them.”

Speaking to a group of civil society leaders at a New Delhi hotel, Blinken said that the relationship between the United States and India was “one of the most important in the world”.

“The Indian people and the American people believe in human dignity and equality of opportunity, the rule of law, fundamental freedoms including freedom of religion and belief . . . these are the fundamental tenets of democracies like ours,” he said.

“And of course, both of our democracies are works in progress. As friends, we talk about that.”